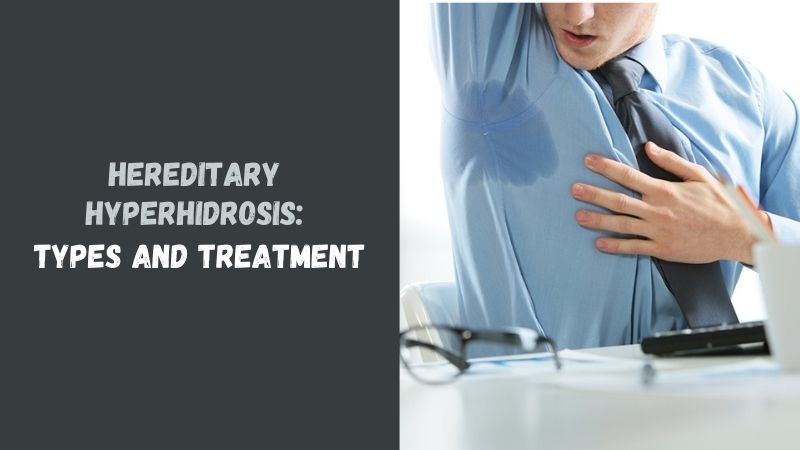 There is normal sweating within the natural range. This is a healthy reaction of the body to external factors – changes in air temperature (in summer or when traveling to hot countries), intense physical activity, etc. Sweating increases with emotional experiences, which is also normal. But very often, hyperhidrosis occurs in the form of a disease that must be treated. Moreover, there are a lot of treatment methods, as well as varieties of excessive sweating. For example, severe sweating caused by an infection (viral diseases, AIDS, tuberculosis) is treated with antibiotics or other drugs designed to combat pathogens. Excessive sweat production is secondary in this case. The disease is primary when excessive sweating has no connection with any other disease. There are also special treatment methods for primary sweating – medical aluminum chloride antiperspirants, drugs for excessive sweating, liposuction in the armpit, surgical manipulations with sympathetic nerve nodes, etc.

When is heavy sweating inherited?

There is both a generalized (sweating all over the body) form of the disease and its local varieties – axillary, palmar, plantar, inguinal, perineal, craniofacial (sweating of the head and face), sweating of the back, chest, abdomen, anus. Both generalized and local types of sweating can be inherited.

Underarm sweating is also hereditary. This type of sweating is especially difficult for patients. The disease occurs in both men and women, but in most cases in men. Young people suffer most and more often, older people have weaker manifestations, children have no symptoms. For some unknown reason, the armpit on the right sweats more.

There are still some diseases that are not considered purely hereditary from the point of view of genetics, but it has been noticed that several people often get sick in a family. An example is diabetes mellitus, in which increased sweat production spreads to the upper half of the body. Increased blood sugar is not inherited by itself, but there is a stress theory for the occurrence of this ailment. That is, members of the same family react in the same way to stress, so they develop similar diseases.

If the doctor has diagnosed a hereditary disease, then the treatment is symptomatic since the doctors have not yet learned how to change the genetic code. With diabetes, not only excessive sweating symptoms must be eliminated – the main cause of the disease – a lack of insulin in the blood – must be treated too. It is replenished with pills or injections of insulin preparations. Antiperspirants and deodorants can also be used (taking into account the individual tolerance of the constituent parts). Botox injections are made with caution (only after reading all the contraindications). That is, each case is individual and you should always contact medical professionals. The main principle of treating hereditary excessive sweating is not to harm.